Since the internet at our apartment has not been working for the past few days, and the French don’t work on le weekend,  Catherine and I have been without contact with the cyber realm. So here’s a short and belated post of last weekend’s chestnut dome cake: 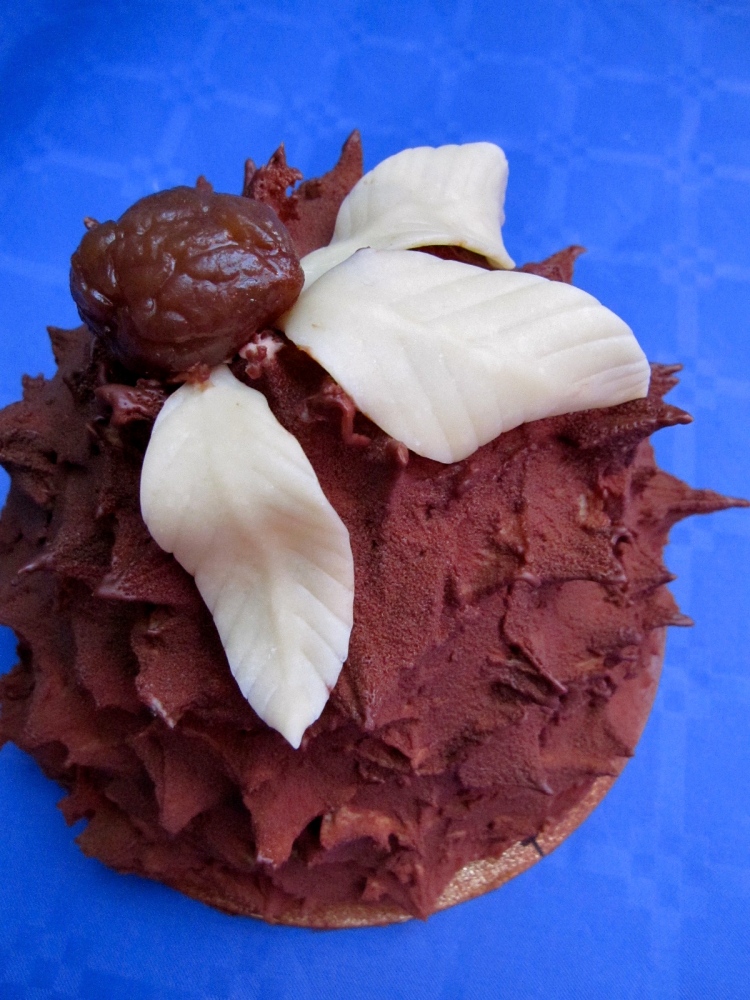 I wonder if it would taste better with fresh chestnut paste and chestnut cream, rather than the canned goodies. Perhaps there is a cultural or a generational disconnect, but I couldn’t understand why Chef Bernardé kept sneaking tastes of the canned chestnut paste and creme. I thought, “I suppose if the MOF likes it I shall give it a try.” Ick! I tried both. Ick encore! I’ll keep trying…just because he’s a MOF.

It’s not that I have a disdain for chestnut. The chestnut, like the adzuki bean or the matcha powder or other flavors of Asia, is my friend! Je ne comprends pas les Français. It’s such a big deal here at this time of year. Perhaps it will grow on me as I become more French…

At least this was enjoyable to make and we got to use the chocolate paint sprayer! Hence the ‘velvety’ effect.