Last monday marked the inauguration day of the Basque Culinary Center here in San Sebastián. The renowned chefs of Basque Country gathered to celebrate the first gastronomic university in Spain to offer advanced research in food development, nutrition and technology.

Apparently the event was of paramount importance. Even the Prince and Princess of Asturias were in attendance:

So naturally, there were some cameras around:

All the more reason to paparazzify myself on the behalf of Martín and snap some fotos of Prince [Charming] Felipe: 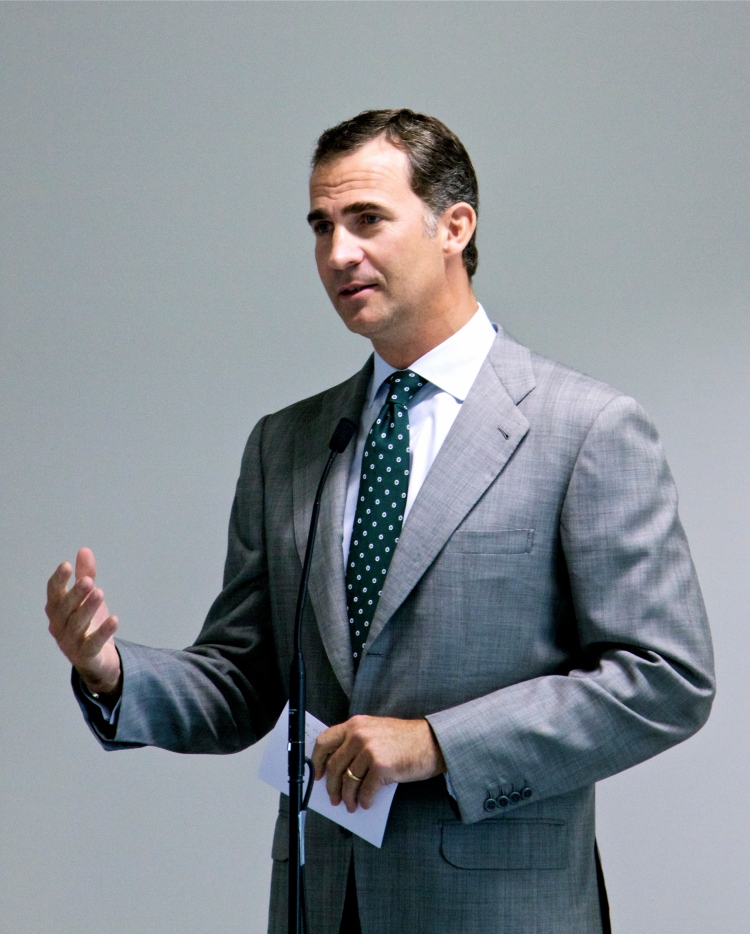 Reluctantly, I ditched the jamón, champagne and pintxos party upstairs and followed the press to the state-of-the-art classrooms, aka kitchens:

A friend tweeted me later that night and mentioned that one of the cameras pointing my way happened to film me on Basque television, here. I suppose I don’t exactly blend in…

Then I saw some stars. Many stars. 16 Michelin stars to be precise.

That was pretty much it for the first of the two-fold BCC Inauguration.

I came. I photographed. I conquered?

Stay tuned for my critique of the evening event that ensued…