I’d done my homework weeks in advance and read about the G9 meeting in Peru earlier this month, where the International Advisory Board comprised of prominent chefs such as René Redzepi (Denmark), Ferran Adrià (Spain), Dan Barber (USA), Massimo Bottura (Italy), Alex Atala (Brasil), etc. got together to discuss plans for the Basque Culinary Center, lauded as the ‘Harvard of Gastronomy‘ according to our trusty newspaper in Basque country, El Diario Vasco.

END_OF_DOCUMENT_TOKEN_TO_BE_REPLACED

Last monday marked the inauguration day of the Basque Culinary Center here in San Sebastián. The renowned chefs of Basque Country gathered to celebrate the first gastronomic university in Spain to offer advanced research in food development, nutrition and technology.

END_OF_DOCUMENT_TOKEN_TO_BE_REPLACED

Des Gâteaux et du Pain. Cake and bread. Like guns and butter? Yes, for some odd reason this reminds me of my Boston College professor who loved using the macroeconomics guns and butter theory. In this case, the nation will have to decide the level of cake and bread to best fulfill its needs. Well, nation, let me give it a shot. After all, j’adore la fraise: 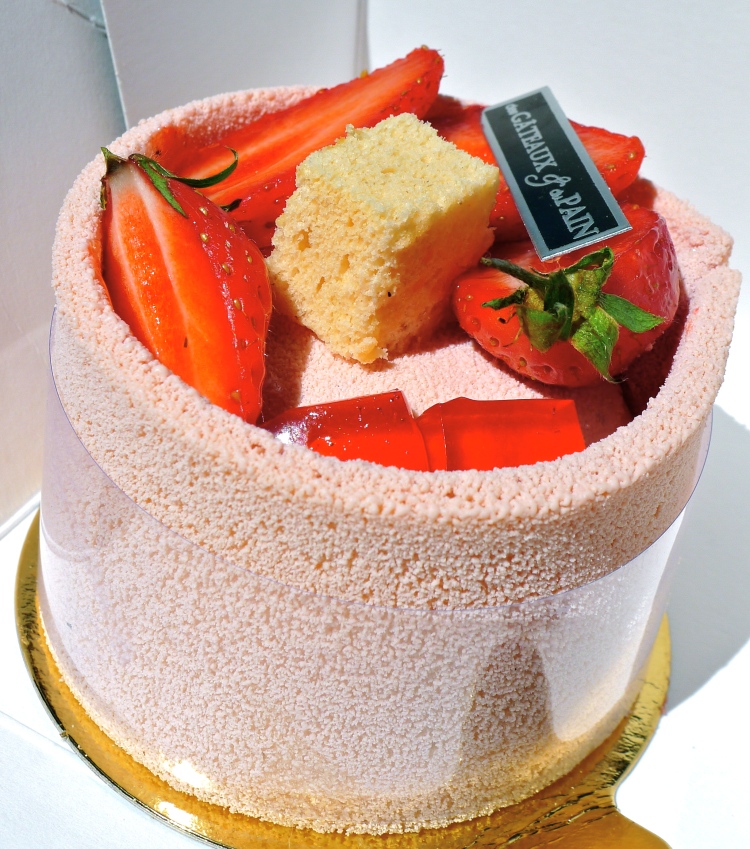 END_OF_DOCUMENT_TOKEN_TO_BE_REPLACED

Today we hopped in the car and took a drive up and down the winding hills and valleys to the Sammic headquarters in Azkoitia, a small town and coincidentally the same one where St. Ignatius of Loyola’s mother was born, for all you BC folks reading. The facilities were impressive to say the least, from the foundry to the server room–spotless!

Surprisingly, Sammic produces a lot of their equipment from raw materials to finished goods. We toured the foundry and watched workers pour hot, melted aluminum into molds:

After the aluminum was allowed to cool and set, the piece would be handcrafted to perfection. Notice the attention to detail:

Besides episodes of “How It’s Made“, I’ve only seen production channels like these in China, except a lot more hazardous, inefficient and plenty more waste, perhaps attributed to poor management or difficulties associated with large-scale manufacturing. The workers at Sammic appeared to execute with speed and precision. They produce in lower volume batches, allowing for more fine-tuning as well as time for the research and development team to run sample tests. iQue bueno!

For such a young company (celebrating their 50th year anniversary this year), Sammic has come a long way in a short time. Check out these modern [large scale] potato peelers:

We will soon have the opportunity to use and test some of Sammic’s equipment in Chef Martín Berasatégui’s kitchen. How exciting! Having worked in tiny kitchens no bigger than the arm-span of space around me, I am new to operating large gadgets and machinery. Ah, the wonders of technology. This shall make for interesting button-pressing and lever-pulling. But in all seriousness, this is the inner-business-woman speaking, it will be an eye-opening experience to see how a 3-star michelin restaurant operates backstage, using various technologies such as Sammic equipment to improve its operations.

Chef Martín has been using Sammic equipment for many years. In fact, Martín’s relation with the company dates back to before he was even born. His uncle used to work for Sammic. Can you pick him out? 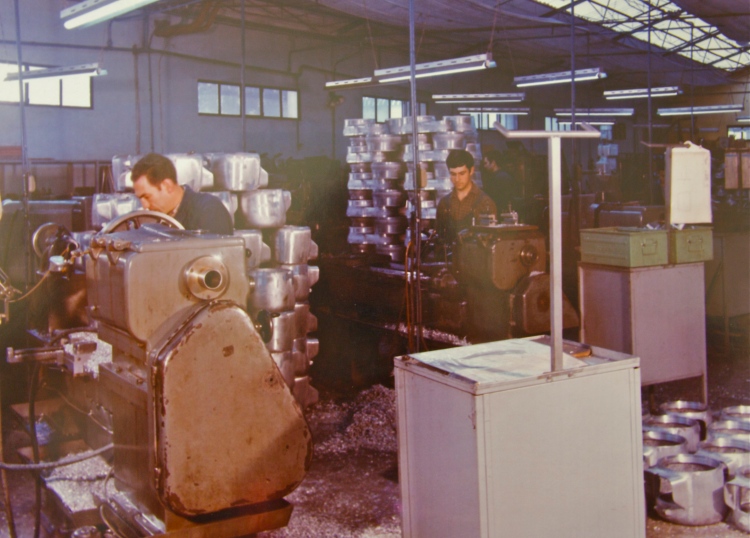 After our Sammic visit we headed to the hills for lunch at Anota Sidrería, a nearby cider house. The view was stunning:

The Hills Are Alive

I foresee many a sidrería visit in my near future where hopefully, I will be able to document quality pictures of the sidra barrels and the glass-filling technique. For now, here is a shot of Guillermo pouring us sidra:

One more day of ‘vacation’…then I’m in the kitchen. Practicing my best, obedient “Si, Chef!”